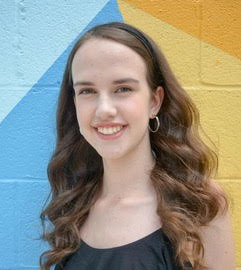 The award, given to a graduating high school senior in the Hempfield school district, recognizes a student who, according to the committee, best represents the next generation of Democratic leaders.

Schuetze is a senior at Hempfield High School. She is involved at her school as the secretary of Anchor Club, and as the editor-in-chief of the magazine, “The Knight’s Standard.” Outside of school, Sinclaire is an advocate for the National Marfan Foundation. She wrote the book, Stories from the Heart, that includes essays from people within the Marfan community. Her goal was to not only bring awareness to Marfan syndrome but also comfort those affected. Additionally, she has lobbied in Washington D.C., on Capitol Hill for the protection of healthcare for pre-existing conditions. She also plays piano and cello and sings in the St. Leo the Great Catholic Church choir. After graduating high school, Sinclaire plans on studying computer science and sociology at Wellesley College in Wellesley, MA.

She is the daughter of Linda and Timothy Schuetze, East Hempfield Township.

“We are thrilled to have a student of Sinclaire’s caliber as our scholarship recipient,” said Doug Pryer, district leader of the Hempfield Area Democrats.  “She represents the high ideals of the Democratic Party, and through her service and actions, has shown that she will be an active and effective citizen following her graduation. “

Schuetze will receive $500 to put toward her college expenses.  She will be recognized at an upcoming meeting of the Hempfield Area Democratic Committee.

send us a message
Fill Out Our Contact Form